THE BEST BUSINESS IS A

WHAT’S HOLDING YOU BACK?

Question: What kind of woman can succeed as an entrepreneur?

Answer: Any woman who wants to.

You don’t need a certain level of education.

You don’t need a killer resume.

You don’t need anyone else to tell you that you have what it takes.

Starting your own company is YOUR decision to make.

Did you know that women make the best leaders? It’s a fact.

According to the BBC, companies that have women as CEOs and CFOs tend to be more profitable, outperform men, and have a higher stock valuation than companies run by men.

Know that as a woman, you are NATURALLY able to kick serious ass at entrepreneurship.

There are 11.3 million women-owned businesses in the United States.

That’s 11.3 million women who said, “No thank you, ma’am” to spending their days boxed into a cubicle, building their boss’s big dreams.

11.3 million women who peaced out and decided to make their own rules about what was possible for them.

Now for so many women who’ve made new choices because of COVID, starting a business is a necessity.

You know what kind of person does that?

A person with GRIT.

Women have a level of GRIT that is just plain unmatched in this world.

And now with the pandemic, we’re seeing women work from home while the kids are out of school and popping their cute little faces onto Zoom calls every chance they get.

Mamas are out there working and cooking and sometimes even schooling — all without letting a single ball drop.

It’s that level of GRIT that makes women such incredible CEOs and entrepreneurs.

Women leaders scored higher in 12 out of 16 key areas of leadership than men did.

✅ Takes initiative? Nailed it.
✅ Practices self-development? Literally every woman I know.
✅ Displays high integrity and honesty? For sure.
✅ Drives for results? In our DNA.
✅ Develops others? That’s a PRIORITY.
✅ Inspires and motivates others? You better believe it.
✅ Builds relationships? We are nurturers.
✅ Collaboration and team work? Every. Damn. Day
✅ Establishes stretch goals? Oh yeah.
✅ Champions change. You bet.
✅ Solves problems and analyzes issues? All. Day. Long.
✅ Communicates powerfully and prolifically? For sure.

One of the reasons for that is that a next generation of women is prioritizing their own happiness. And did you know that there is a direct correlation between entrepreneurship and happiness? #facts

According to INC: “Women entrepreneurs in the U.S. rank their happiness at nearly 3 times that of women who are not entrepreneurs or established business owners.”

It looks like the study is in, and the facts don’t lie.

Entrepreneurship is the key to a happy life,  and the facts say so.

You already have marketable skills.

You already have talents that can change people’s lives.

You already know how to get sh*t done.

You already have drive.

You have what it takes to do this.

And who better to take care of her business baby than you?

A win for one woman is a win for every woman.

My mission is to empower women through entrepreneurship, and that means celebrating every woman who starts her own business.

Because we aren’t just doing this for us.

We’re doing it for everyone who’s ever known she was meant for more.

We’re doing it for our sisters, our mothers, our daughters, our nieces.

We’re doing it for women everywhere.

Puppy mom, world traveler and online business coach. I’ve spent my entire life doing things a little bit differently than what’s expected. I bet you have too, haven’t you? You little rebel! 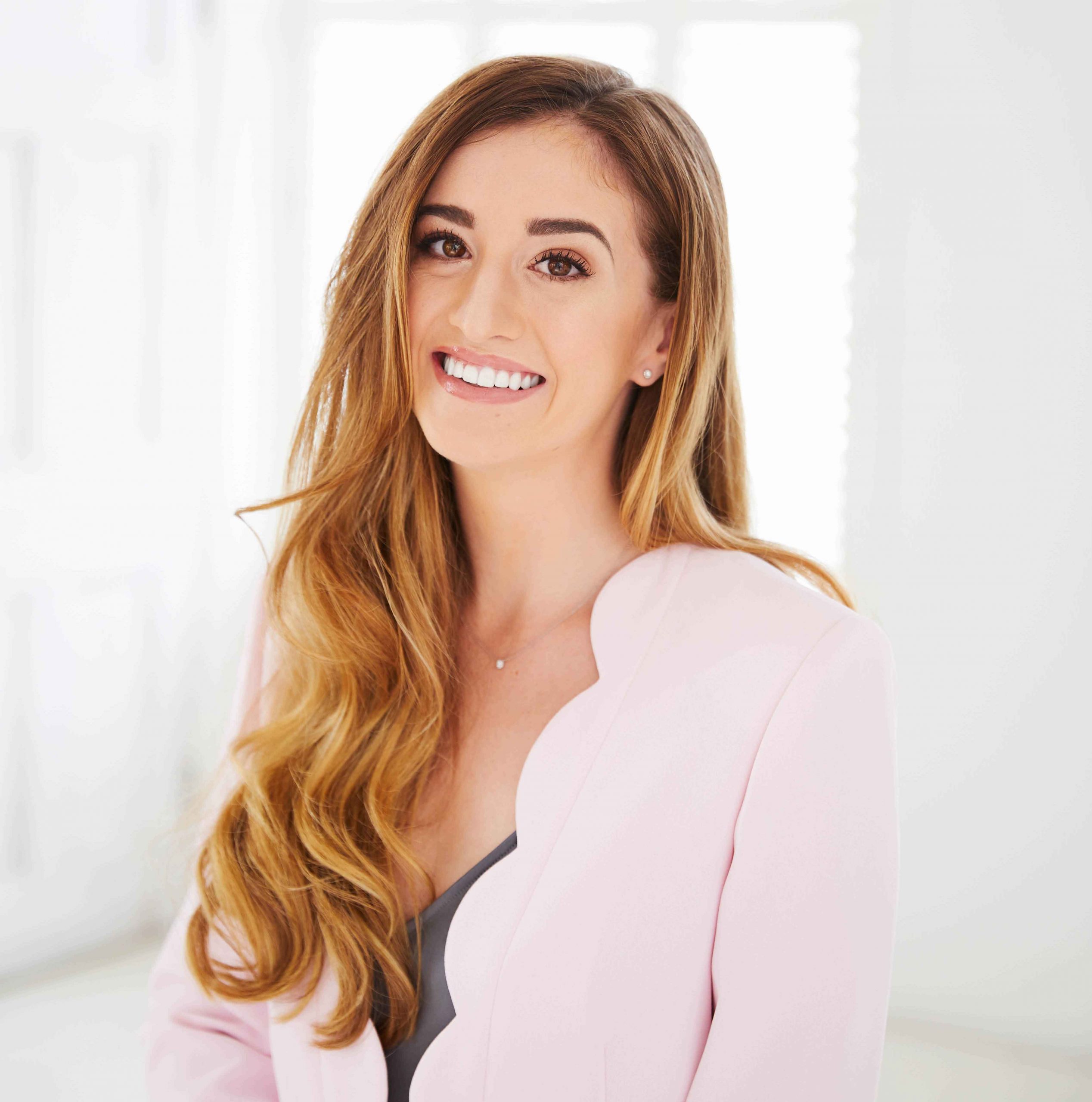 Sabrina​ ​Philipp​ ​is​ ​a highly sought after​ ​international​ ​online​ ​business​ coach and strategist who​ ​has​ ​been​ ​highlighted​ ​in​ the pages of ​Forbes, Cosmopolitan, The Independent​ ​and​ ​Business​ ​Insider.

She​ ​helps​ ​entrepreneurs​ ​build​ ​intentional,​ ​manageable,​ ​and​ ​profitable businesses​ ​so​ ​they​ ​can​ ​experience​ the ​ultimate​ ​personal​ ​and​ ​financial freedom that can only come from owning your own venture.

Harnessing the Power of Woman Entrepreneurship

How to Rock Your Livestreams for Sold Out Sales™

Why Now is a Really Great Time to Start Your Business

How to Brand Yourself to Stand Out Online

How to Nurture Your Audience to Fill the Sales Funnel

Why All Successful Businesses Run on Frameworks

How to Get Off the Rollercoaster of Inconsistent Income

How to Make Sales Personal in 2020

THE BEST BUSINESS IS A

WHAT’S HOLDING YOU BACK?